You are here: Home / Projects / 8 Ecologia

I meet Liza in the Ecologia caravan at The Park. How did Ecologia start? “It started with my visit to Russia in 1988. I was inspired by the idea that we could change the attitudes of young people, so I created a three-way exchange, between the Soviet Union, Botswana and Europe. With 45 people we travelled in the wilderness in Botswana. The following year more or less the same group went to Russia, Sweden and Scotland. I continued to go back to Russia with groups. In ’93 I met Dimitry Morozov, founder of the Kitezh Community, which was then just a handful of people. I started to visit twice a year and organised a Findhorn-Kitezh youth-exchange. Our aim was to help young people to become more themselves. The Findhorn youth learned a lot from being with orphans; and realised their privileges. They fund-raised for the Russians to come to Findhorn. After this, we organised a lot of exchanges.”

For 20 years Ecologia has supported the Kitezh community. With funds raised Kitezh has built two villages, Ecologia provided staff training, especially in therapeutic education. Ecologia has organised volunteer programme and school exchanges. Liza: “We still raise funds for Kitezh, but the international connections are more important for them now.”

Kitezh, and later projects in Kenya and Uganda works with orphaned and disadvantaged children. This has evolved into taking the environment into account to develop sustainable communities.

Ecologia expanded: “Through a Findhorn community connection with Jane Rasbash we worked in Thailand for about seven years, supporting human rights for Burmese migrant workers. This led to a three-year project in Burma, helping to develop sustainable livelihoods for the youth, introducing eco-farming with demo-plots in a polluted tomato farming area.”

What inspires you personally, Liza? “I have lived in the Findhorn community since 1974, most of my adult life. This work came out of the community’s vision that our spiritual purpose is to serve: others, the world and in the process, ourselves. Most of what I’ve done is because of inspiration to make a difference, it has never been about money. I never thought about the money until lately, now that Ecologia has so many paid staff members. We are stepping into a new phase, with big staff changes. It is a never-ending process: we need to raise core funding to support our staff to do the work that benefits our partners in the developing world. We focus on inspiring and connecting people. We also are part of the Findhorn ecovillage and have a relationship with other community organisations, GEN in particular.”

SOME FACTS ABOUT ECOLOGIA YOUTH TRUST: 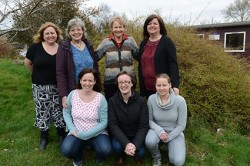 Vision: A world where all young people can thrive within their communities. To work in partnership with local organisations around the world to ensure a secure future for children who have been abandoned, orphaned, made vulnerable by poverty and disease or who are living with HIV/AIDS.

Goal / mission: Enable disadvantaged young people to realise their potential and become agents of change in promoting sustainable living in their communities.

Interview: Adriana Sjan Bijman, March-May 2015, with thanks to Liza Hollingshead. 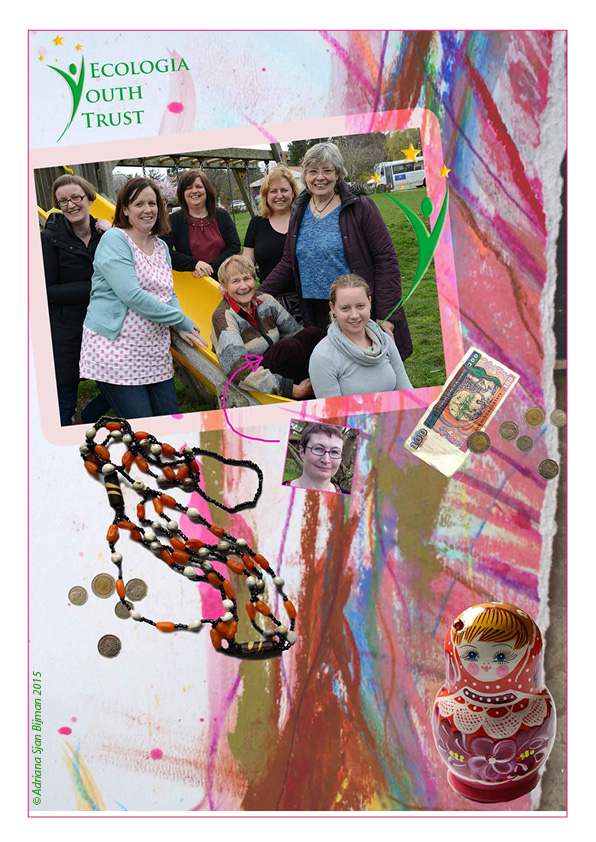 Scotland, Forres, 2015, May 30
photopage for the Ecologia Youth Trust , part of the NFA Forum of Organisations