You are here: Home / Projects / 6 Hinterland 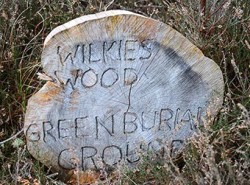 As the Findhorn Hinterland group has no office, Jonathan Caddy and I met in the Blue Angel Café in The Park. One of the Caddy boys, Jonathan grew up in The Park. He says: “It gave me a love for nature, I know the land intimately here, from fishing, seals to nesting birds. As kids we spent our summers barefoot outdoors playing and learning.” He studied ecological science in Edinburgh and has a wide range of nature-based skills.

When he was working for Duneland Ltd, in 2006 Jonathan instigated a first meeting to get local people involved in how the land owned by Duneland Ltd would be managed. “I was particularly interested in seeing the area valued and conserved, as well as an opportunity for building community through working on shared land issues. Recently we looked at whether we would work under the umbrella of PET, but we think we are bigger than just the Park. It is important to work as much as possible with local organisations, including the new Findhorn Village Conservation Company, which will buy out the Novar Estate. We have one representative from the Kinloss and Findhorn Community Council, but are open to all local groups. To have a few more people involved would be great!” Jonathan explains how our area has changed since the Wilkie’s Estate was bought. “We almost take it for granted now that we can access local land, but actually it is a privilege. In the past the Private Property – Keep Out sign was prominent. To be surrounded by open space, dunes and woods with a mosaic of habitat adds greatly to this place.”

The FHG does not own land. Jonathan: “No, but FHG works with other organisations on integrated land management issues – it has a formal agreement with Duneland Ltd to manage its land and is negotiating a similar agreement and lease with the Findhorn Foundation. It would be very good to get into dialogue with Scottish National Heritage to get conservation protection status, as it would give conservation long-term security and organisations greater access to resources.

SOME FACTS for ‘Hinterland’:

Vision: Conserve and value land on the Findhorn Peninsula by promoting integrated land management, educating about the land and its special features and getting people involved in regular, practical land management activities; to build a sense of local community and promote health and well being.

Adriana Bijman, March 2015, with thanks to Jonathan Caddy for Hinterland. 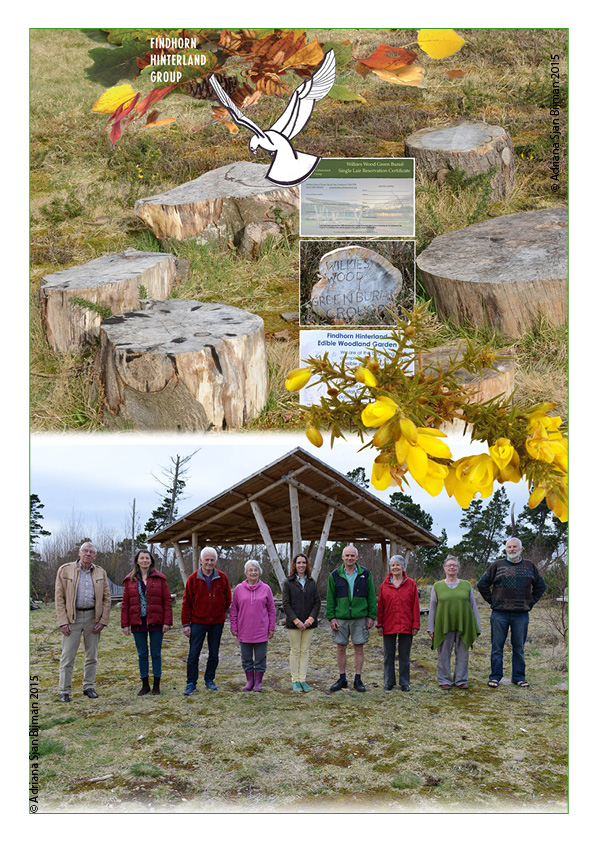 Scotland, Forres, 2015, May 30
photopage for Findhorn Hinterland Group part of the NFA Forum of Organisations